Whoops… I did it again. Said I would post, but I didn’t. Sorry.  Here is part two of my stories about giving. It is actually two stories- one from myself, and the other from one of my favourite writers, Shannan Martin. (No, not a Mennonite, for those of you whose minds went there.) I felt that these two stories could travel peaceably side by side, so here they are. Mine first, then Shannon’s.

I can see the toll that being a mom, a student, and an employee has taken on her.

Her eyes are less bright, her smile less natural. There isn’t time for the friendly chatting that used to happen.

I cannot imagine being as busy as she must feel.

And so I think, “How can I help this dear woman?”

And the answer is…

(It usually is. Along with bread, salad, and dessert. You know how these things are.)

I plan to make a meal for her and her family, hoping that just one night of not needing to think about supper will be a relief.

But before I can execute my French fry casserole, I get a message from the same dear woman that I was so earnestly and selflessly wanting to help, saying, (in short) “I need to send my boys to school on Friday.”

And everything inside me pauses, and then roars, “FRIDAY. FRIDAY! THE SCHOOL IS CLOSED ON FRIDAYS, PLUS I HAVE THINGS THAT I WAS COUNTING ON DOING THIS FRIDAY!”

Funny how much I want to lighten her load, but how much I do not want to help her in this particular manner.

Oh, the inconsistency and selfishness of wanting to help, but on my own terms.

I smile grimly, dutifully recite the words, “The Lord loveth a cheerful giver”, and tell her that I will be able to care for her boys on Friday.

Because I am able, and because I do want to help.

A story that Shannan Martin shared on Instagram. (Used with permission.)

I was recently in a meeting at the elementary school and someone said “You know what we need? Chapstick.” The next Sunday I grabbed the mic at church and shared. An hour later I had $62 and ALL of it came from people who were in work release and have very little. 😭 (Reminder: we all want to live generously!) I reached out to one of my favorite local shops, @thesoapygnome and said “I’ll take as many lip balms as I can get for $62.” She hooked me up (yay, community!) and a few others from church added what they had grabbed to the hopper. When I delivered a giant bag of lip balms to the office last week the school nurse squealed.

Sometimes we know what others need… but sometimes we only think that we know.

Statistics say there are over five thousand homeless people in Toronto.

He appeared out of nowhere on the crowded subway platform. In my memory, he was navy blue and unzipped coat and black toque and everything else ordinary. Bundled up, rather like I was. By the time I noticed him, he almost blended in with the group of people he had approached.

I couldn’t hear what he said, but as I saw him move to another group, I realized that he was, indeed, asking for money.

I hoped that he wouldn’t work his way back to us, because…

Well. My wallet was in my backpack that was on my back, and I didn’t even know if it had any cash in it.

And then I remembered that I had a looney in the pocket on my mitt. (Thanks, No Frills shopping cart system.)

I guess I was watching him, because our eyes connected, and I couldn’t tell if that meant he would come over or go to a different person.

But he came, quiet and ordinary and expressionless. I think that something in me wanted him to, now that I knew I had something to give.

“Nickels? Dimes?” I forget exactly what he said, but I remember those words.

“Yes,” I said, and took off my mitts to unzip the pocket that contained the looney.

Except that I had to check the pocket on both mitts, because I couldn’t remember which one it was in, and my initial squish of the mitts didn’t seem to reveal the whereabouts of the looney.

To make things worse, I felt that rush of air that announces the subway’s arrival. PANIC.

There we were, us two humans, standing there with my fumbling, mitt-musty hands between us.

The subway came and I managed to extricate the looney (plus a dime) from my glove.

He nodded as he took them.

And then I crammed onto the subway with the masses, and he….

I guess I don’t know what he did next.

I felt ashamed of myself. Of my giving.

Because there I was, gliding along, feeling glad that I had given a looney, instead of just the nickel or dime that he had asked for.

Because we had made eye contact, and I was afraid of what he had seen on my face and in my eyes.I honestly don’t know what was there. What had my face shown?

I wanted to know…

What he actually needed.

I wanted to know…

How the situation had seemed to him.

His face hadn’t revealed a single thing to me.

I don’t think that I will ever be able to see a homeless person asking for money without it hurting my heart.

I also don’t know if I will ever know what to do with that hurt.

I am quick with all the usual excuses.

“I only have a looney. It’s almost embarrassing to just give a looney, when the need is clearly greater than that..”

“I only have a twenty dollar bill. We can’t just go around handing out $20. We don’t actually have that many $20 of our own, after all.”

“That person looks a little too… crazy. I’m afraid to approach them.”

“That person looks a little too… normal. Do they truly need the money?”

And there seems to be no “in between”.

That good old, holy excuse, “By giving money, I may be enabling this person to pursue unhealthy habits and addictions.”

That excuse has never made me feel truly better, and I’m almost at the point where I think it’s just….

Here’s where I’m at:

My few dollars probably aren’t going to make or break someone’s addiction. I think it’s better to give.

Yes, it could harm… 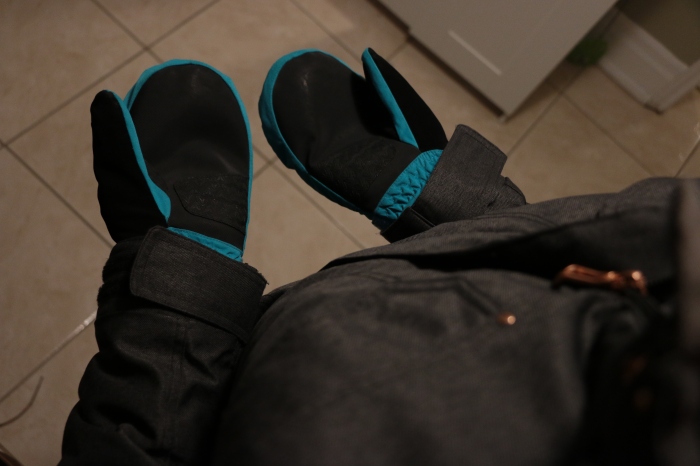 There’ll be a second blog post coming sometime this week with another story about giving. Stay tuned! In the meantime, how do you handle giving (money, or otherwise) to homeless people? What would Jesus have us do? How do we show love?

People sometimes say that they appreciate my honesty in my writing. Yes, I am honest, but I am usually only honest about the things that I want to be honest about. If I were truly honestly these days, I might write something yucky and choppy like the following.

Hello, my name is Jasmine Martin, and the truth is, I am not good at Januaries, Februaries, and/or Marches. 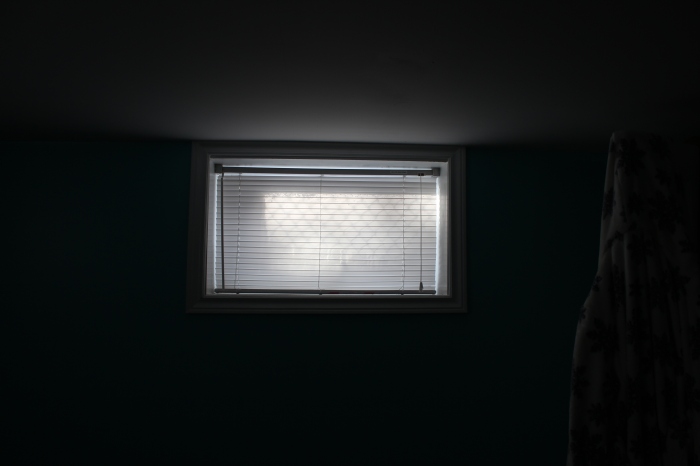 These months are dangerous ones for me. They immobilize me. I think my body may be trying to settle into a form of hibernation, and it turns out that laws of nature are difficult to work against.

These blindingly white days have a way of shoving me towards darkness, even though I don’t want to go there.

Trying to swallow a giant Advil feels like too much work.

Making decisions and moving forward feels like too much work.

Perhaps that last one on the list is the real frustration.

Why does living require so much maintenance?

(You mean that in order to maintain a healthy lifestyle, I need to regularly wash my hair, brush my teeth, do dishes, make food, tidy, do laundry, go grocery shopping? And on top of that, I am supposed to be having a job, responding to texts and emails in a timely and meaningful manner, and making life decisions? And I am supposed to read my Bible and pray? And sleep at night? And clear the snow off my car? And have a mysterious, exhausting cold that goes on for almost two weeks? And write and create and have thoughts? Plus I was going to EXERCISE and LOSE WEIGHT? AND WHY DO MY FINGERNAILS NEED TO BE CLIPPED- AGAIN?  How is this humanly possible?)

(But I’ll have you know that I have kept that new year’s resolution to make our bed every day. For better or for worse, in sickness and in health… I have made the bed.)

The truth is, I do all these things, and then I just need to do them again the next day, the next week… 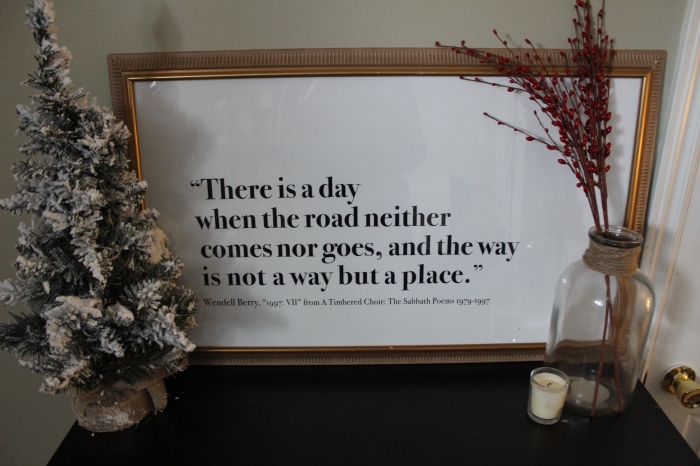 The truth is, I have to learn to be okay with the small, daily, necessary tasks. I have to. That is what life consists of. It is time to accept my smallness, my humanity, and to take delight in the process of nurturing a life of quality.

The truth is, I might not feel like I want to do all these things, but I feel so much more alive when I do.

The truth is, once I start these tasks, I usually don’t even mind them.

The truth is, there are things that I can do to make February a healthier month than January was.

“I suppose I thought life was the puzzle. That it was meant to be lived, to be understood, to be unriddled with the help of the ocean and a bottle of wine. But the puzzle isn’t life, is it? The ocean, the wine, the Sunday evening on the balcony- that’s life. It’s enough to be enjoyed, with or without the missing pieces.” 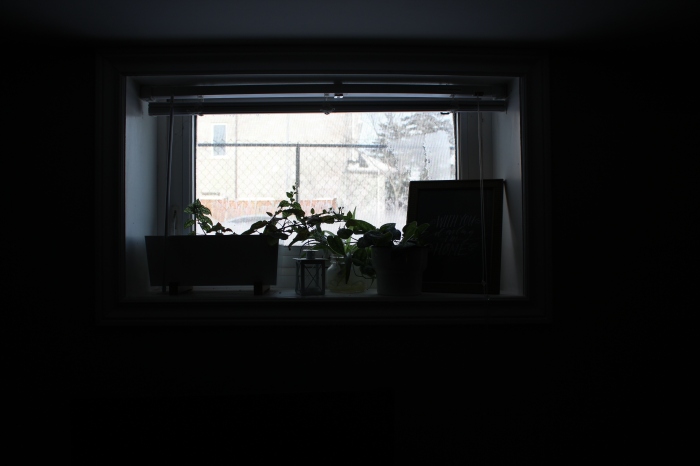 Happy February, everyone! Does enjoying the winter months come naturally to you? What have you learned about yourself in this area? What makes winter wonderful/bearable for you?