The last time I blogged, I wrote about an experience of mine that made me feel like I had been seen. By that, I mean that it helped me to feel like I am a real-live human being who is not invisible and not weird and who is capable of connecting with other human beings. I think I am still adjusting to the fact that we now live in a community where we don’t know people. It’s very odd to go grocery shopping and see no one that you know. My introvert self likes it, but there is also a part of me that misses the potential of being recognized and acknowledged.

What I am about to say next may sound kind of the opposite. I mean, I just said that I missed being recognized and acknowledged. And now, I’m saying this:

I don’t like to draw attention to myself, and being a Mennonite woman has a way of drawing some attention to yourself. And this bothers me.  (There. I said it.) I think that I am mainly bothered by it because I am generally a reserved person who prefers to not be in the spotlight and also because I don’t like the idea of people possibly making negative assumptions about me based on misconceptions about Mennonites or Christians. I also need to remember that I have also had people make positive assumptions about me based on my appearance. (This is a complicated topic…)

There are people who do a double take when they see me and there are lots of times when I look up and make eye contact with someone who is watching me, and what is there to do then except to smile nicely and say, “Hello, where are the Triscuits in this dumb grocery store?”  (I have never said that to anyone. I promise.)

It is only fair to also note that there are a whole lot of people who don’t give me a second glance. And there are sometimes people that I watch out of curiosity too.

What I’m trying to say is that it can be exhausting to feel anxious about your appearance every time you have to go anywhere. I was definitely feeling that exhaustion three weeks after our move, and I was annoyed at myself for being so “shallow” and concerned about appearances. But then came an experience where I didn’t feel like I was sticking out. I felt like I belonged, and it went a long way in reminding me of where my identity truly rests.

It was at a Chris Tomlin concert.

Ricky and I were generously offered two free tickets to Chris Tomlin’s first ever late night worship session. Ricky already had plans, but since it was only five minutes from our house and since my sister Renee was willing to come with me, I decided to go even though it’s been years since I regularly listened to Chris Tomlin.

I donned my largest glasses and charged my phone in preparation for selfies and instagram stories, and off we went. And you know what?

I loved worshipping in the middle of the night with all those other Christians. I felt like I belonged right there with all of them, even though I looked a little bit different. The feeling of connection caught me off-guard, because, out of habit, I carried my fear and dislike of standing out to the concert with me. I had forgotten that there’s something powerful about a whole group of believers- with all their different ideas and opinions and personalities and backgrounds- singing and listening and praying and laughing and longing for God and for heaven together. I had forgotten that God is my good, good father- that I am His and He is mine. I had forgotten the joy and freedom of my salvation. I had forgotten that He is a healing and living God.

That concert, with its songs and its audience, reminded me of those things and I left feeling encouraged and stronger, because I was reminded that I had God’s spirit in me. I left feeling unseen– just one small believer surrounded by an big and beautiful cloud of witnesses. 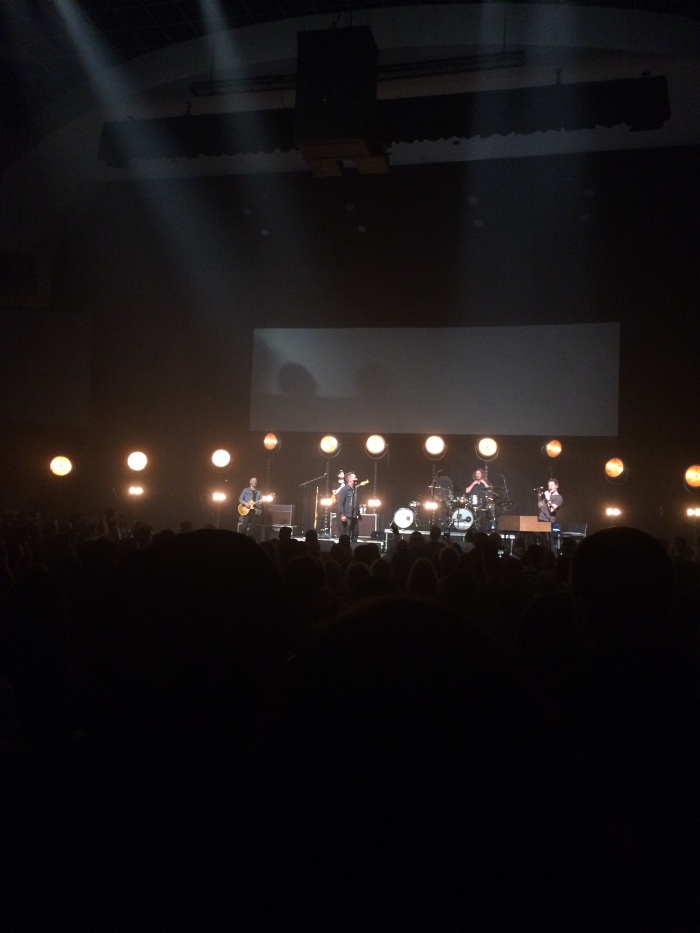 Those are my stories.

In conclusion, I have been seen and unseen here, and I feel more rooted in this place because of it. I have learned that I crave this- to be acknowledged as an individual, but to also have a place in a larger group. I bet I’m not alone in that desire. The beautiful thing is that we can all take care of each other in these ways. That’s my challenge for you: value people as individuals and make space in the group for them.